And We Danced DJ Entertainment had the honor of providing the musical entertainment and uplighting for Avery and Griffin as they celebrated their B’nai Mitzvah at the Penn Stater Hotel and Conference Center. During the busy cocktail hour, Avery, Griffin, family and friends had a chance to enjoy some fun-filled games. Great prizes were awarded to the winning player or team that evening. The Penn Stater’s Eric Paul Olbrich and his staff were awesome organizing the cleanup once the entertaining contests ended.

And We Danced DJ Entertainment had the hall pumped for Avery and Griffin’s grand entrance. They chose Panic! At the Disco’s “Hey Look Ma, I Made It” along with Lil Nax X featuring Billie Ray Cyrus’ “Old Town Road” to make their grand appearance. They ran into the room with all the hooting, hollering and clapping normally heard at a sporting event. Rabbi David E. Ostrich said the prayer and broke the bread before everyone began enjoying the scrumptious buffet provided by the Penn Stater chefs and staff. Later, guests enjoyed cake, pie, and three delicious choices of Penn State Creamery ice cream for dessert. Friends and family were invited to take home some tasty candy treats.

Sara Rosenberger Blose of Bona Fide Photography captured the amusing game moments and exciting night. Balloons were hanging from the ceiling with twinkling lights alongside marvelous balloon decorations created by Star Valle Entertainment and Decor. Guests were busy behind Lotsa Laffs Photo Booths BIG camera throughout the night. Guests were adjusting and changing props while the camera captured their memorable moment. And We Danced DJ Entertainment kept the guests dancing the entire night. Avery, Griffin, family and friends had the dance floor packed the entire night. And We Danced DJ Entertainment ended the exhilarating night with Panic! At the Disco’s “Victorious.”

Thank you Avery, Griffin, Kate and Stuart for allowing And We Danced DJ Entertainment to be a part of your B’nai Mitzvah. Mazel Tov Avery and Griffin!

And We Danced DJ Entertainment had the pleasure of providing the musical entertainment and emceeing for Amy Tomasko and Diljot Sachdeva’s wedding reception held at Earlystown Manor Bed & Breakfast in early November.  Amy chose marsala, navy blue, blush and rose gold as the key colors for her wedding day. The bride wore a beautiful white off the shoulder, short sleeve wedding gown with wonderful lace embellishments. Diljot sported a navy blue suit with a marsala colored tie. Fr. Zab Amar performed the wedding ceremony for Diljot and Amy at the Pasquerilla Spiritual Center.

Earlystown’s Event Coordinator, Meaghan Fenstermacher, was the lovely organizer for the wedding reception. She was a busy little bee setting everything up inside the wedding tent and helping the events run smoothly throughout the night. Brown Dog Catering presented a lavish assortment of hors d’oeuvres and a delicious buffet for all to partake and enjoy. Pocketful of Posies supplied beautiful bouquets and table arrangements along with corsages and boutonnières. Sara Rosenberger Blose of Bona Fide Photography was the wonderful photographer that captured the couple’s epic first dance and all the magnificent splendor throughout the night. Delectable Delights by Heather Luce provided the sumptuous, three tier cake.

And We Danced DJ Entertainment furnished the magical tunes for all to enjoy that night. Diljot and Amy decided to begin their night with the father/daughter dance. The mother/son dance quickly followed which was beautiful to see. The groom, his mother, personal friends, and family danced a lively Bollywood song. Next came the impressive first dance. It was apparent that Diljot and Amy practiced and choreographed their first dance to “Is That Alright?” by Lady Gaga. It was spectacular!!! Amy followed tradition and danced the “Bridal Dance.” She also added a special dance for people celebrating memorable anniversaries with the “Anniversary Waltz.”

Thank you Diljot and Amy for choosing And We Danced DJ Entertainment to be a part of your wedding reception. Good luck in your new life as husband and wife! 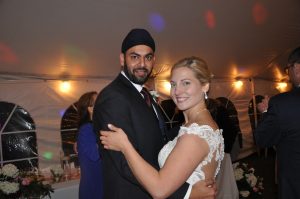 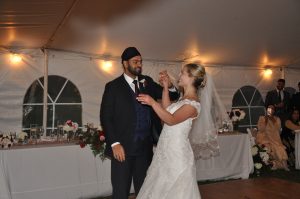 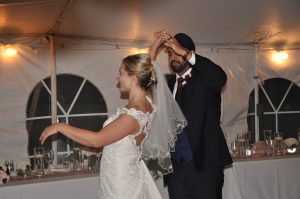 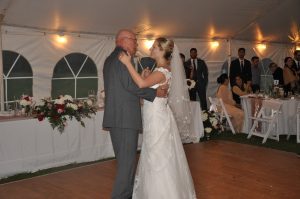 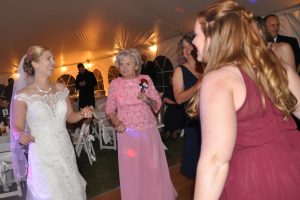 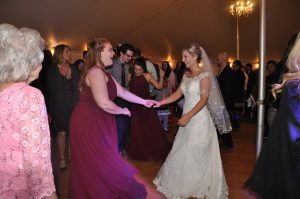 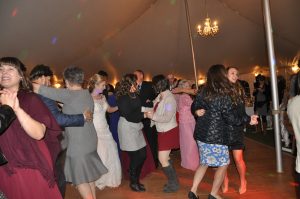 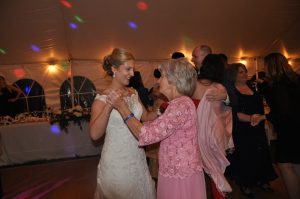 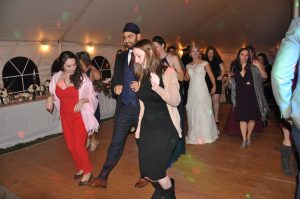 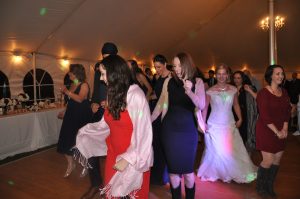 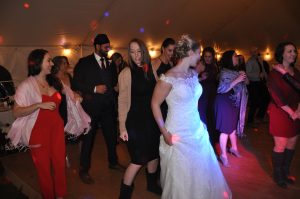 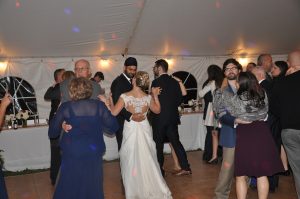 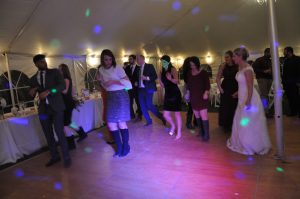 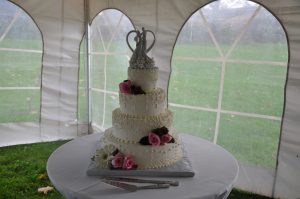 All photos in this blog post by And We Danced DJ Entertainment.  Copyright © 2018.  All rights reserved.